For the Love of Cleanliness 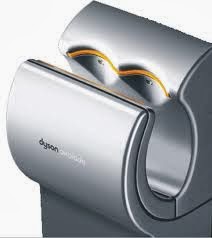 I first saw one of these nifty hand dryers at the Madrid airport. I thought it was the coolest thing ever because it doesn't use paper, and it ACTUALLY dries one's hands. There is something to be said for a dryer that actually fulfills its promise.

More institutions should use these dryers: people would get sick less often. The germs stay put.
Posted by Molly at 9:17 AM No comments:

Lift Lines and the Common Core

Over winter break which ended this week, I had the awesome opportunity to ski in Europe: Switzerland to be more precise, Verbier to be exact. I had never skied in Europe before, but I ski a lot in the states. 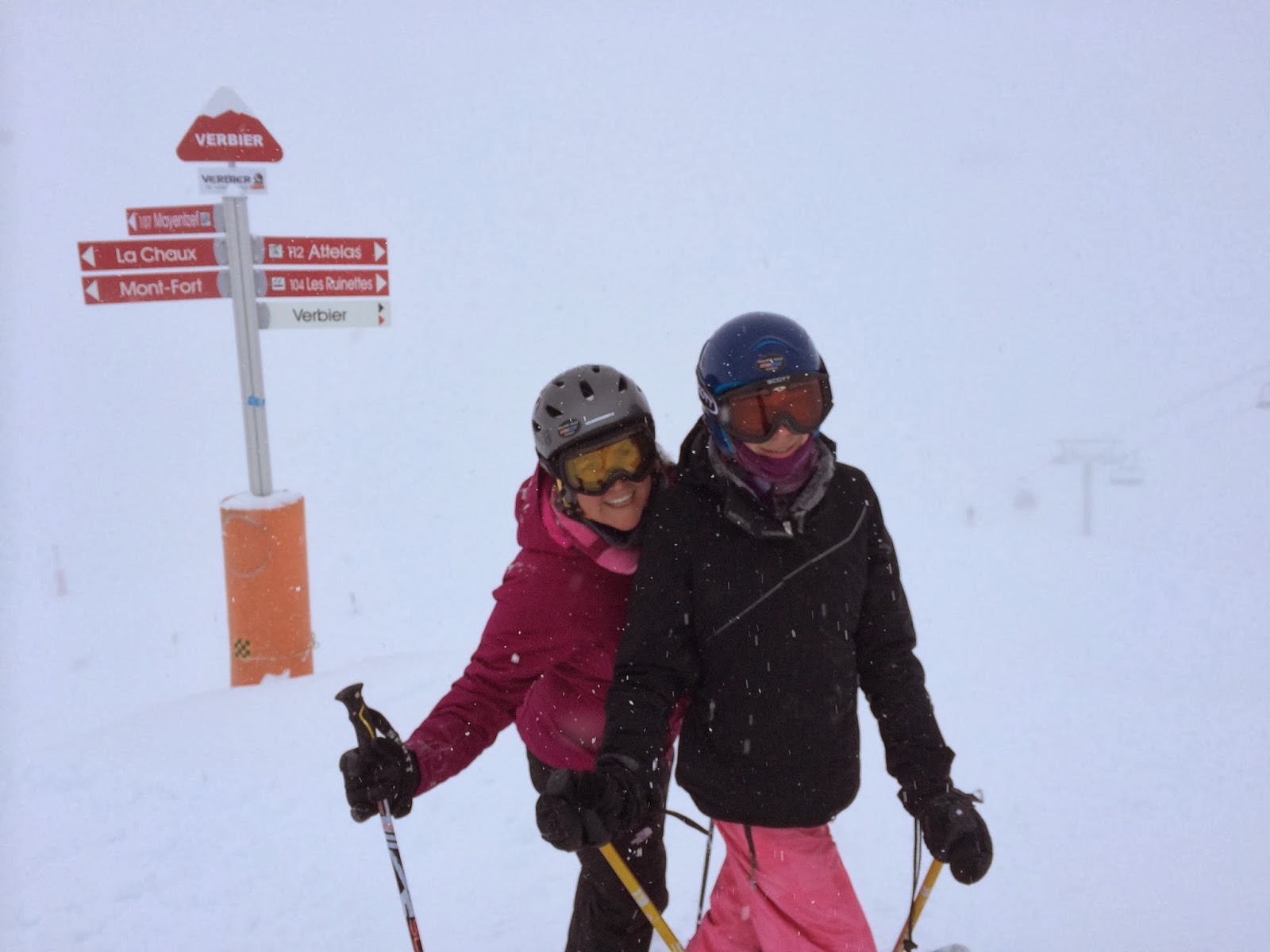 Skiing in the US is very controlled. Every spot on the map is a spot that skiers know is safe, either by avalanche blasting or by grooming machines. While skiing the trees or on untamed runs, the mere illusion of danger is given to each skier schussing down the mountain.

In Europe, the only terrain that is placed on the map is terrain that has been groomed. It is not that one cannot ski the rest of the mountain, but rather one may ski it at their own risk. Most prefer to take a guide to read the terrain, but this is a costly investment for even one day.  In the lodge at lunch on Christmas day, a very snowy day indeed, I noticed that all the Swiss skiers had backpacks. These were not the regular backpacks, mind you, but they were ABS, Avalanche Airbag Systems. This is a contraption to help one have a higher rate of survival in an avalanche. They also all carried avalanche shovels with them. 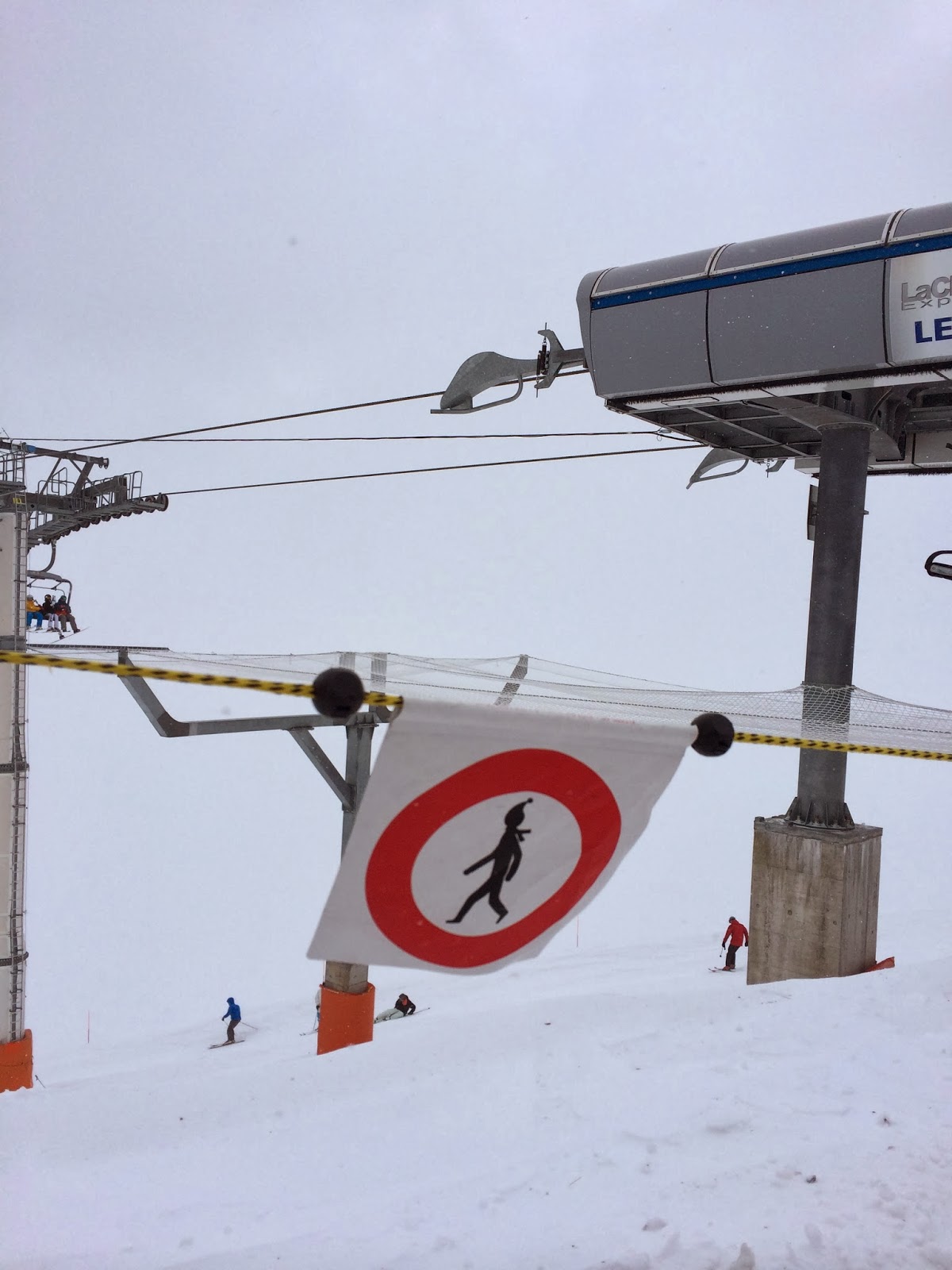 But it was the lift lines in Switzerland that really threw me off. I wasn't surprised by the off-piste skiing because I had heard about it for years, this is what made me want to ski Europe after all. Uncontrolled skiing anywhere the mountain takes me, even to a far-away village, sounded like heaven.

No, the lines are the thing that really surprised me.

In the United States ski lift lines are seemingly chaotic, but actually very controlled. There is always a fastener to guide groups of people through the line. People neatly alternate at the ends of the fasteners as they approach the lift. There is a sense of order as we funnel through to eventually reach the chairlift.

Not so in Europe. There was only one day we skied when it was crowded, but boy did it leave an impression on me. It was a free-for-all. Approaching the lift line, one could not be passive in the experience. We were a group of three and were lucky if two of us could get up on the same lift. Utter chaos. Skies on skis, elbows, poles, and dirty looks were the name of the game.

In the US education system we are going through our own chaotic change at the moment, switching from state mandated standards and testing, to the Common Core State Standards, a national set of standards that the states will decide how to test (most using one of two national groups to make these tests).

Teachers who are first coming to the Common Core feel like the lift lines. They desperately want to do well. They desperately want to create an orderly way to take their students up the mountain. There is a clamoring of products on the market that claim to help teachers implement the common core. There is a sense of everyone elbowing one another to "get it right" to help their students test well.

While the Common Core is meant to help teachers move their students up the mountain in a controlled and efficient way, the truth of the matter is that very few are clear on what the standards are actually asking us to do so people are beginning to panic. Then there is the matter of teachers being evaluated on how their students test on the new standards. So now it is not only about using and understanding the Common Core, but that each teacher's worth will be placed on how their students perform on a completely new style of testing.

Molly
Denver, CO, United States
I teach AP English Lang and Writing Lab for partially proficient writers at Cherokee Trail High School. I am curious about how technology and literacy are interconnected.